The Capture of Cerberus and The Incident of the Dog's Ball

The Capture of Cerberus and The Incident of the Dog's Ball

Long lost Christie stories found! This audiobook presents two recently rediscovered Hercule Poirot short stories by Agatha Christie. The stories were found inside 73 notebooks discovered at Greenway, Christie's family home in Devon, when the archive at the National Trust property was being established. "The Mystery of the Dog's Ball" was eventually reworked into the novel Dumb Witness, but unlike other Christie short stories-turned-novels it remained unpublished. The other story, "The Capture of Cerberus" was written to complete The Labours of Hercules, a collection which followed the 12 cases Poirot chose to end his career. Christie eventually rewrote the story with the same title for that collection. David Suchet brings breathes new life into them here in this exclusive audiobook production!
Two people passing in opposite directions on an Underground escalator. Nothing unusual in that except that these two are Hercule Poirot and Countess Vera Rossakoff—Poirot's great love from many years before. This long-lost story, written just before the Second World War, marks the beloved sleuth's first new adventure in several decades.

Reviewer: Jacquesuse - favoritefavoritefavorite - February 6, 2020
Subject: A Glass Half Empty
There may be a reason why the Capture of Cerberus was found in a notebook as an unpublished work...it’s not very good.

Despite David Suchet’s finest efforts, Agatha Christie’s foray into international politics lacks conviction or intrigue or interest and as such merits two stars.

On the other hand, the second tale is AC at her best and it is no surprise that this became Dumb Witness. Another tour de force from Suchet and even though it is a short story there is suspense and a frisson when the killer is eventually unmasked. On its own, a four-star work, combined with Cerberus, a mere three.
Reviewer: BobBello - favoritefavoritefavoritefavoritefavorite - August 18, 2017
Subject: The Best!
The best performance of David Suchet I've ever heard from his Agatha Christie's audiobook collection. Fantastic! 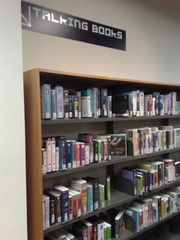 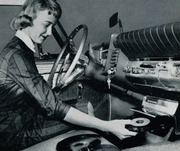